A light lesson on color blindness

Have you ever stopped to think about how your brain processes color? There’s much more to it than meets the eye. The way our brains perceive colors and imagery is one of the wonders of our existence, and it begins in the tissue of the eyeball called the retina. The images we process are essentially reflections of light beaming through the eyeball to the retina.

As light hits the retina, it activates specialized cells called rods and cones, which not only form the shapes and contours of what we see but which also process our color vision. In particular, cones are the primary cells responsible for color vision, and they come in three main forms: red, green and blue.

These cones are activated by the light coming in and depending on the wavelength,  a group of red,  green or blue cones ( or varying combinations of cones)  get excited and sing like a well-rehearsed choir. This gives your brain the signals it needs to form images. 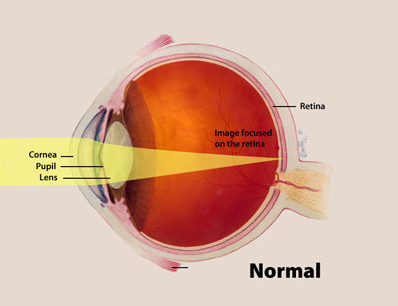 As shown above, you “see” objects when light rays hit the back of the eyeball and excite the rod and cone cells embedded in the layers of the retina, which then send signals up to the visual processing part of your brain.

What about color blindness?

Check out the image below. What number do you see? 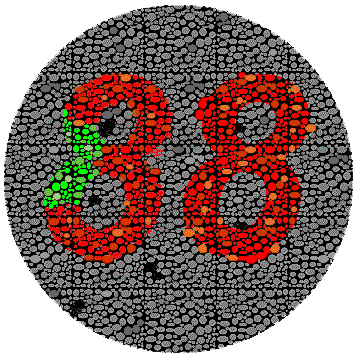 Dr. Shinobu Ishihara, a University of Tokyo professor, designed this test in 1917 to help diagnose color vision problems. You may have seen tests similar to this one the last time you were at the doctor’s office or images of multicolored plates with numbers on them. You should see the number 38, but people who are red-green color blind will see the number 88.

Contrary to popular belief, the majority of people with color blindness don’t see the world in black and white, but rather in what you might call muted colors. Trouble recognizing colors in the red-green color spectrum is the most common form of color blindness. Those with this condition have trouble differentiating small differences in hues contained in the red, orange, yellow and green regions of the spectrum. More than problems choosing clothes that are color coordinated, this condition can make it difficult to navigate things like stop lights and street signs. Interestingly, males are more commonly affected by this condition;  it’s estimated eight percent of men experience red-green color blindness, compared to half a percent of women.

The same objects can be perceived differently by two different people. This is what people with “normal” vision will see. 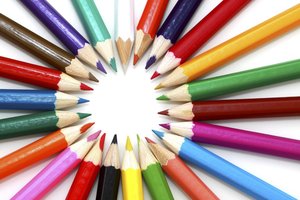 The same objects can be perceived differently by two different people. This is what people with “color impaired” vision will see.

Because of the number of people affected by color blindness, those in professions such as design, construction, safety or advertising often consider the color palettes they choose to avoid issues with those who are afflicted. Ignoring this population can lead to everything from traffic accidents to embarrassing snafus.

One such snafu occurred in 2015, when the National Football League launched what it named the “Color Rush” campaign to celebrate the 50th anniversary of the league’s first televised game in color. This game featured the New York Jets in all green uniforms while the Buffalo Bills were in all red. Check out the clip here.  Since the majority of people affected by color blindness are male—much of the NFL fanbase—it made for a pretty irritating game for color blind viewers who couldn’t distinguish one team from the other.

So, did you see a 38 or an 88 in the illustration? If you saw an 88, it may be time to chat about your vision with one of our board-certified physicians.